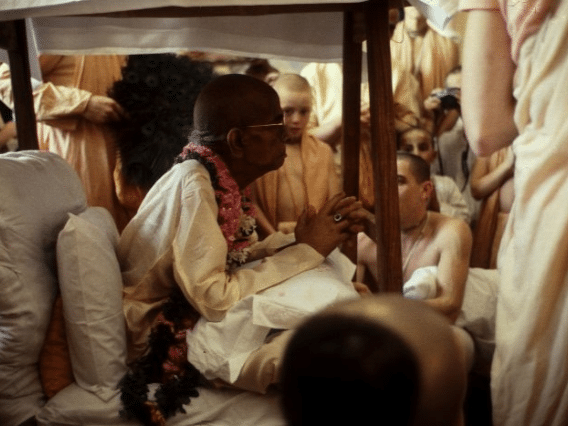 Around the turn of the century, the great spiritual master Srila Bhaktivinoda Thakura made this prediction: “Soon there will appear a personality who will preach the holy name of Hari [Lord Krishna] all over the world.” That personality was His Divine Grace A.C. Bhaktivedanta Swami Prabhupada. Throughout his life, Srila Prabhupada prepared himself for his great mission, and from his arrival in America on September 18, 1965, to his passing on November 14, 1977—through some seventy books and thousands of letters, interviews, and lectures-he gave the world the holy names of Krishna and the Vedic science of self-realization.

Bhaktivinoda Thakura also wrote a short stanza about the influence that a Vaisnavas (a pure devotee of the Lord) carries in this world even after his passing:

He reasons ill who tells that Vaisnavas die
When thou art living still in sound!
The Vaisnavas die to live, and living try
To spread the holy name around!

So, while it is natural for us to be sorrowful that Srila Prabhupada has passed away, we can know for sure that he will never pass away, for he is “living still in sound.” As he himself said, “I will never die. I will live forever in my books.” In the days and years to come, may everyone come to remember Srila Prabhupada in the same way that he remembered his spiritual master: “He lives forever by his divine instructions, and the follower lives with him.”


The Devotees Die, and the Nondevotees Also Die. What is the Difference?

The Body of a Pure Devotee

A King Calls on Death 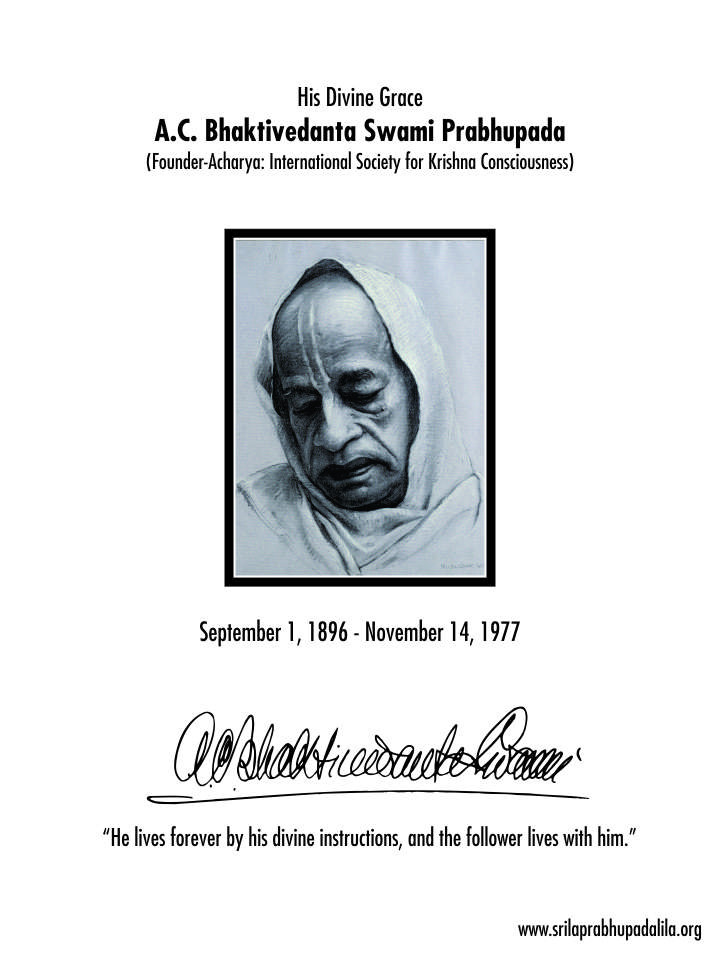