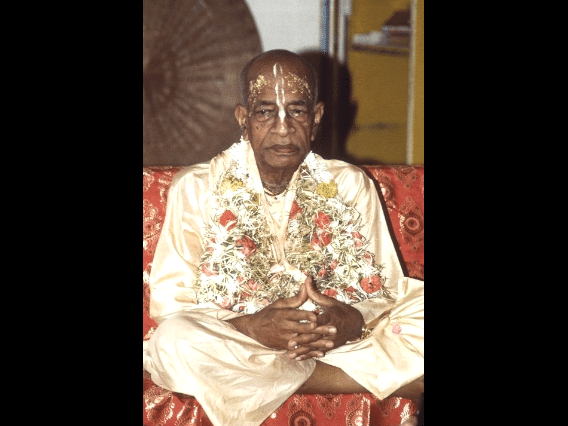 Srila Prabhupada arrived with his party in Bombay, where he was promptly escorted from the plane into a waiting car and driven to Hare Krishna Land at Juhu. This time the elevator worked, and Srila Prabhupada reached his quarters on the fifth floor and went at once to bed.

He called for Giriraja, who came and sat on the floor beside the bed. Prabhupada told him how in Vrindavana, Mr. Somaiya, a very important man of Bombay known to both of them, had come to see him in bed and had started to cry out of sympathy. Prabhupada then told Giriraja of his pleasant stay in London, especially mentioning the kirtanas, which he said were wonderful. When Giriraja asked if the chiseling and hammering and other noises of temple construction in Bombay were going to disturb him, he replied that it was like music. He then lay back and rested.

Srila Prabhupada's plan was to stay in Bombay and wait for the grand opening of the temple, now scheduled for Rama-viyaja Dashami, in five weeks. But he didn't expect to get much stronger. Although he had spoken in favor of fresh food, he was actually taking nothing more than a little fruit juice and a little mung-jala (water in which mung beans have been soaked).

Srila Prabhupada began chanting constantly on his japa beads, which he insisted on keeping around his neck at all times. During his massage he would finger the beads and silently chant, and even while resting they remained around his neck.

When Tamala Krishna asked Srila Prabhupada how he felt, he simply replied, "Crisis."

Whatever his condition, Srila Prabhupada always maintained his essence: aggressive in preaching Krishna consciousness, thoughtful of others, humorous, and completely devoted to Krishna.

Although Prabhupada was not able to go down to the temple for seeing Radha-Rasavihari, he daily asked to see Their picture, which he would look upon lovingly. He could also hear the Aarati-kirtanas coming from the temporary temple. Then one day he asked that the framed picture of Radha-Rasavihari be fixed to his bedpost so that he could see Them always.

One evening, Tamala Krishna and Brahmananda recounted to Prabhupada the history of his purchasing the Bombay land. Prabhupada lay, listening carefully to each word of the narration of his tolerance and triumph over many obstacles.

Srila Prabhupada had been planning to stay for the Bombay temple opening and then to go on parikrama around Vrindavana, but now he thought of going early to Vrindavana. He asked that the G.B.C. men and certain others present in Bombay gather before him and decide. Tamala Krishna, Brahmananda, Surabhi, Gopala Krishna, Hari-sauri, Giriraja, Upendra, Abhirama, and Kuladri all entered and sat surrounding Srila Prabhupada.

If Prabhupada's purpose in asking for opinions had been to get a majority vote, the decision had gone in favor of leaving Bombay.

Prabhupada traveled by train from Bombay to Mathura.

5 Meditations on the final exam 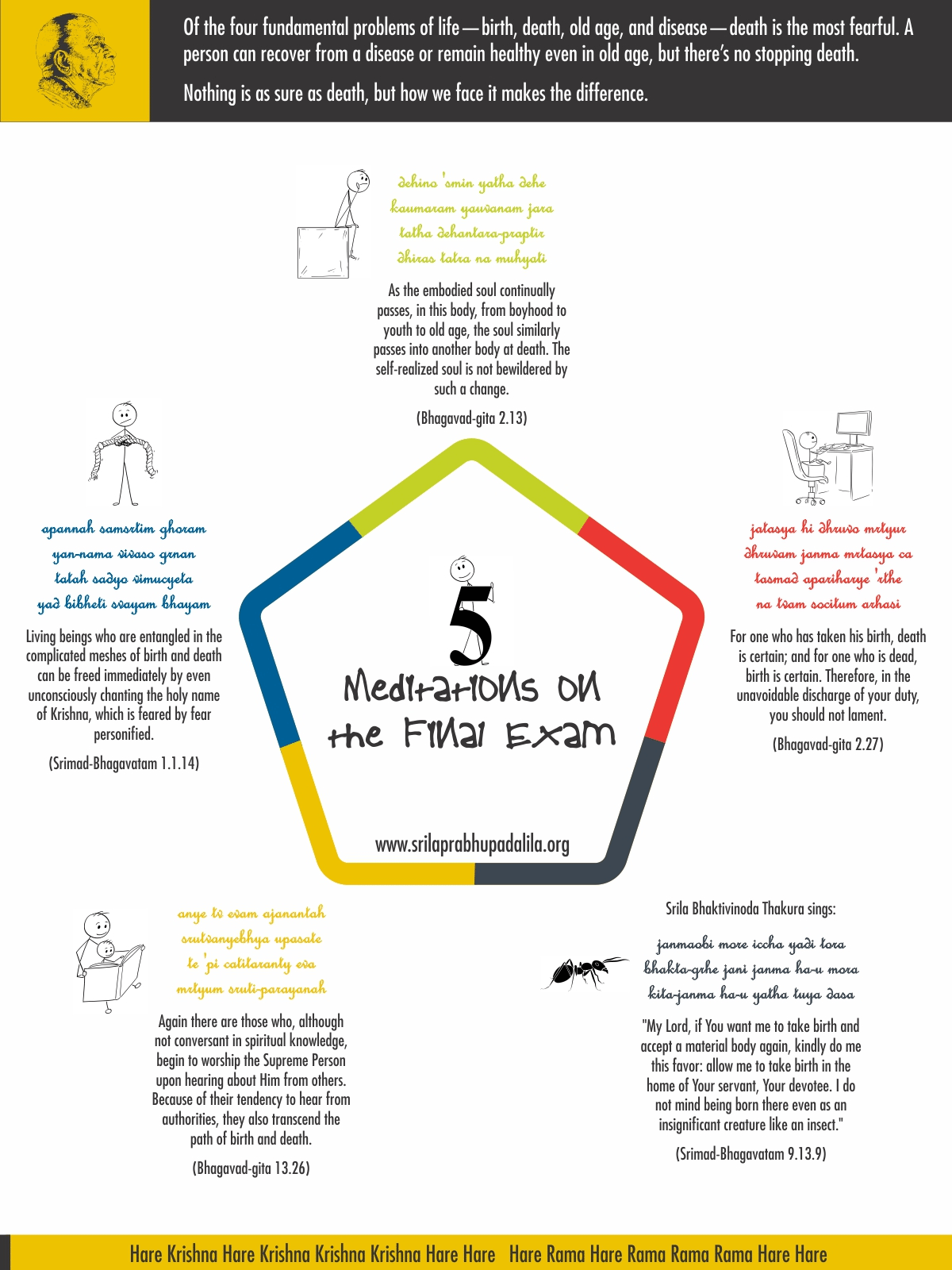 My spiritual master wants to leave the body