For months Prabhupada had been planning to visit Moscow. Aside from his desire to preach to the Russian people, he had a specific meeting in mind with a Russian Indology Professor, G. G. Kotovsky. Professor Kotovsky headed the department of Indian and South Asian studies at Moscow's U.S.S.R. Academy of Sciences, and Prabhupada had been corresponding with him for a year.

Prabhupada had Syamasundara arrange a meeting with Professor Kotovsky and invite Captain Lal, the pilot of the flight to Moscow, to come along. The tourist bureau provided a car and guide, and Prabhupada and his party rode outside the city to Professor Kotovsky's office in an old white brick building at the Academy of Sciences.

When Prabhupada arrived, the middle-aged Russian professor, dressed in a gray suit, got up from his cluttered desk and welcomed Prabhupada into his small office. Professor Kotovsky appeared a bit hesitant, however, more cautious than in his letters. When Syamasundara mentioned Prabhupada's eagerness to lecture before interested scholars at the Academy, Professor Kotovsky flatly refused-it would never be allowed. Prabhupada was disappointed.

The next moment, however, Prabhupada seemed unaffected and began speaking in his humble, genteel manner, sitting in a straight-backed office chair beside Professor Kotovsky, who sat at his desk. Syamasundara turned on the tape recorder, which the professor eyed cautiously but didn't object to.

Professor Kotovsky listened intently and politely as his foreign visitor explained about Krishna culture and philosophy. 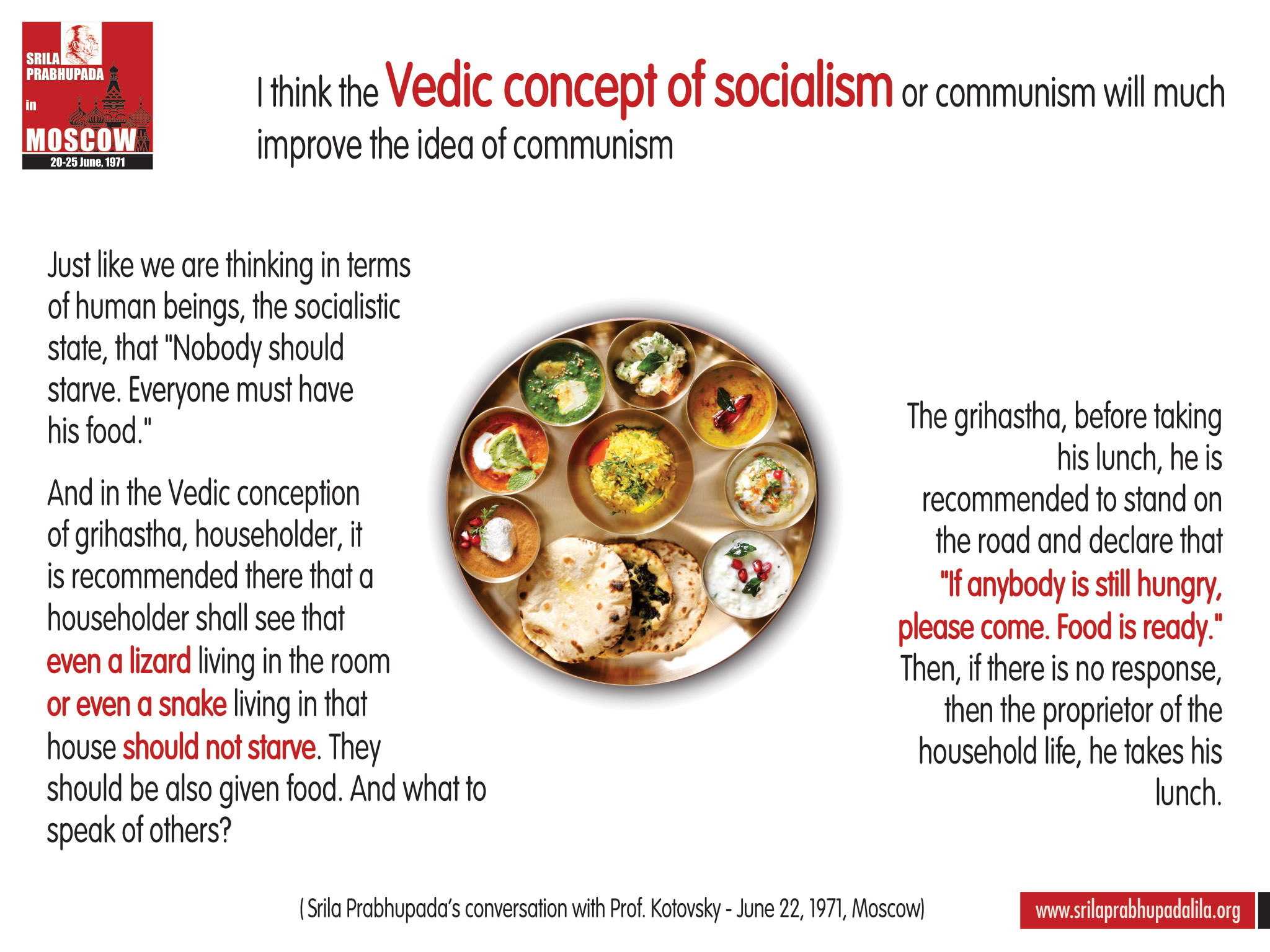 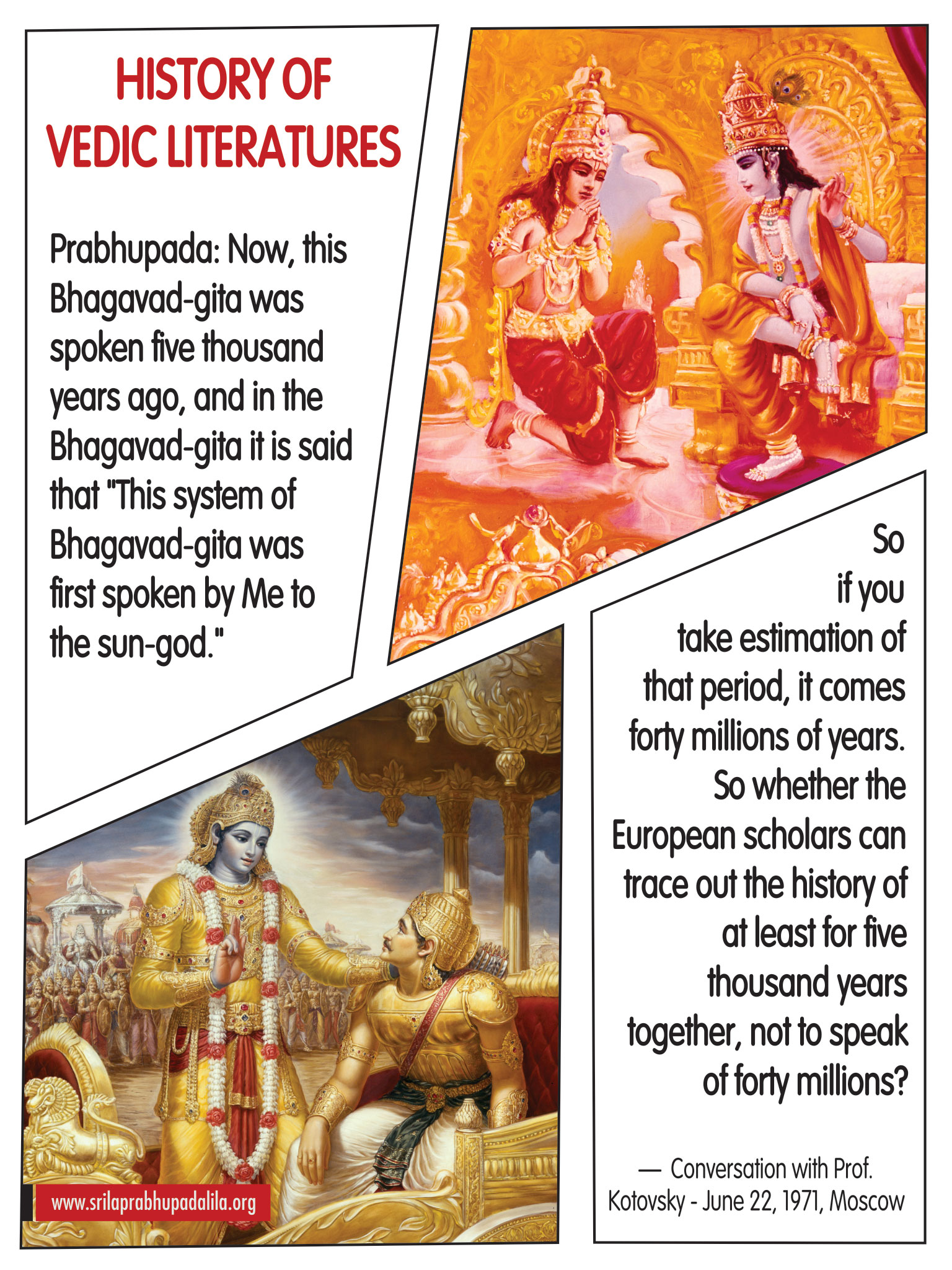 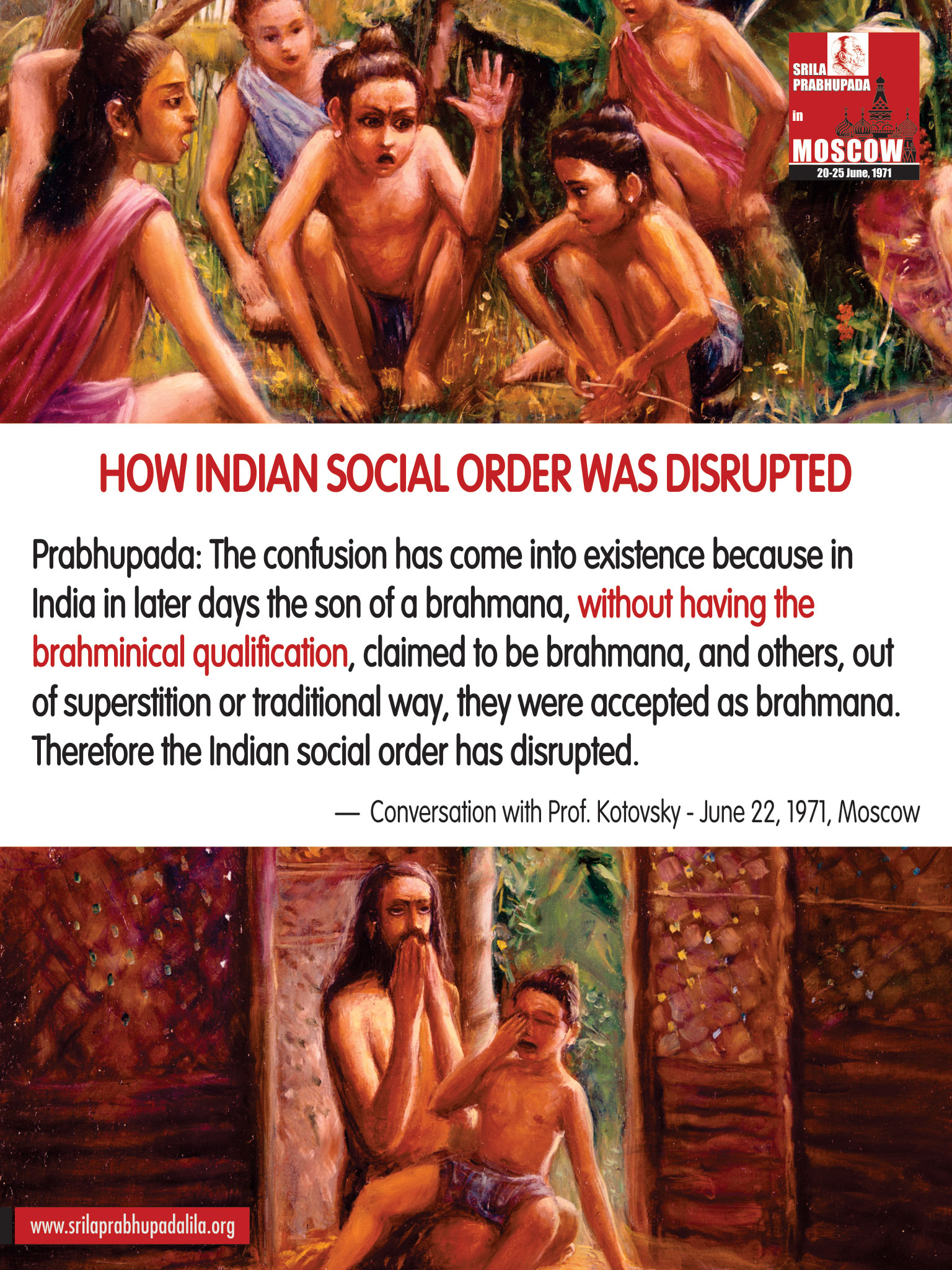 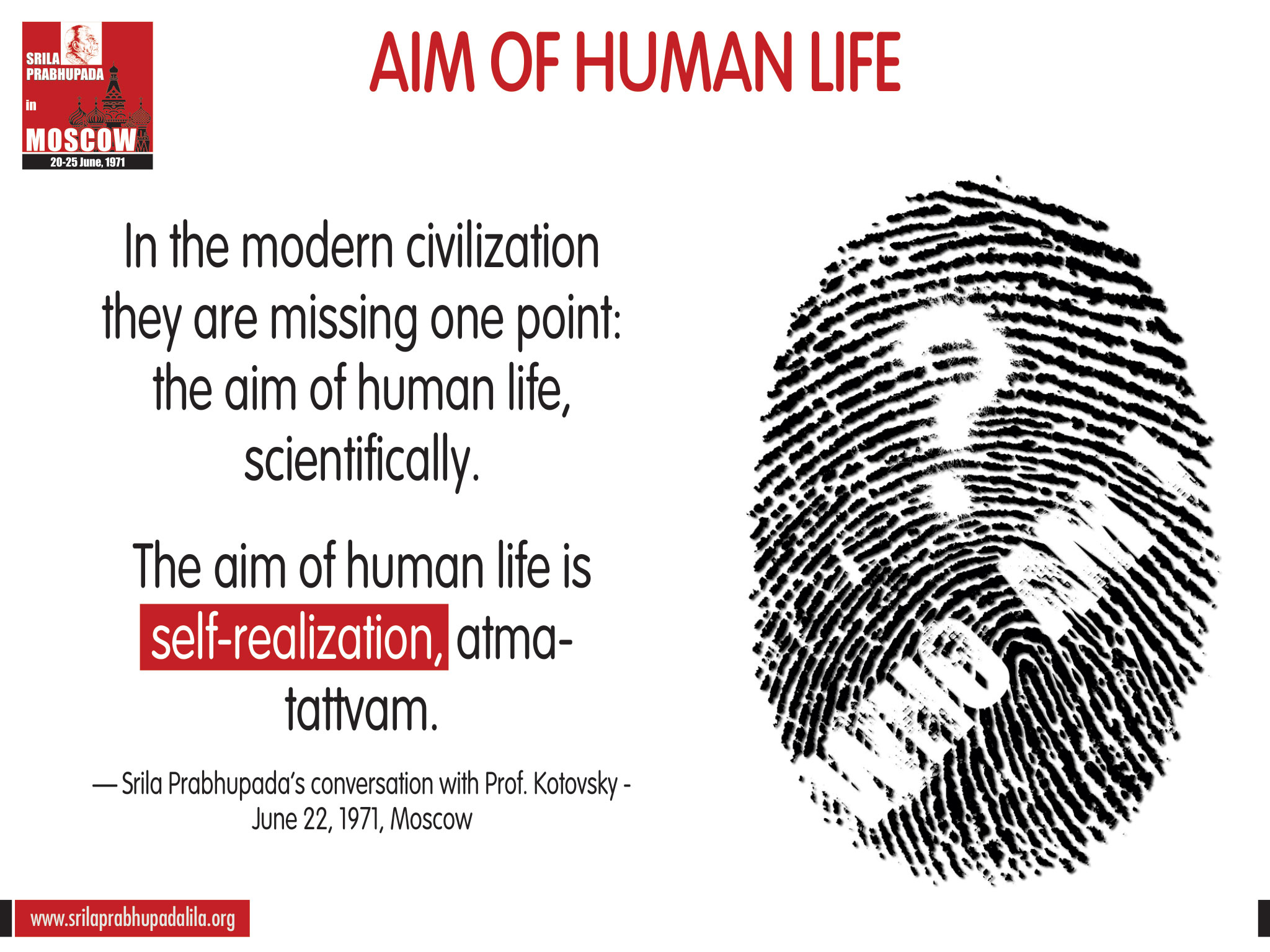 Prabhupada wanted to address interested scholars at the Academy on three subjects, but the Government wouldn’t allow such lecturing. 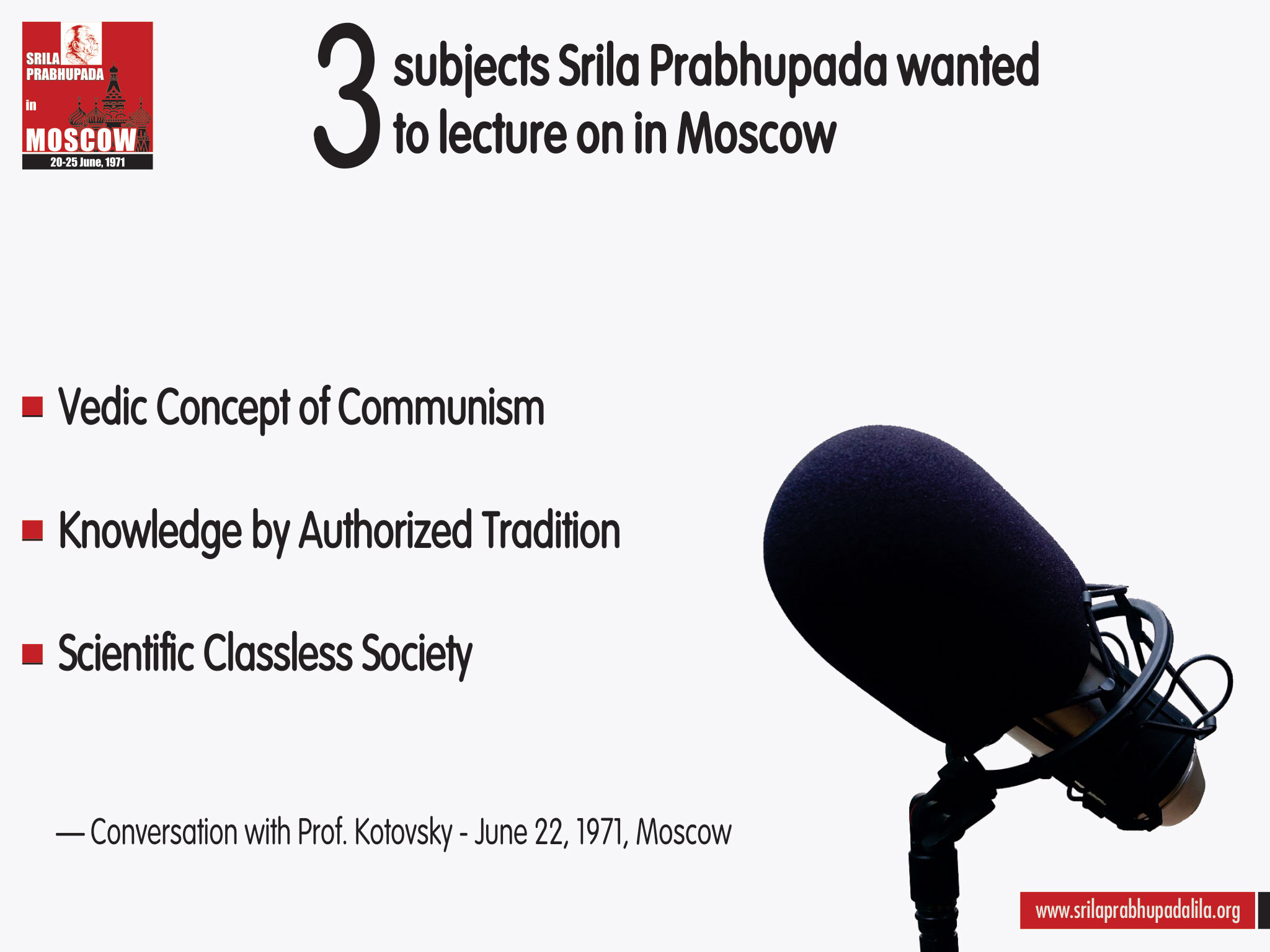